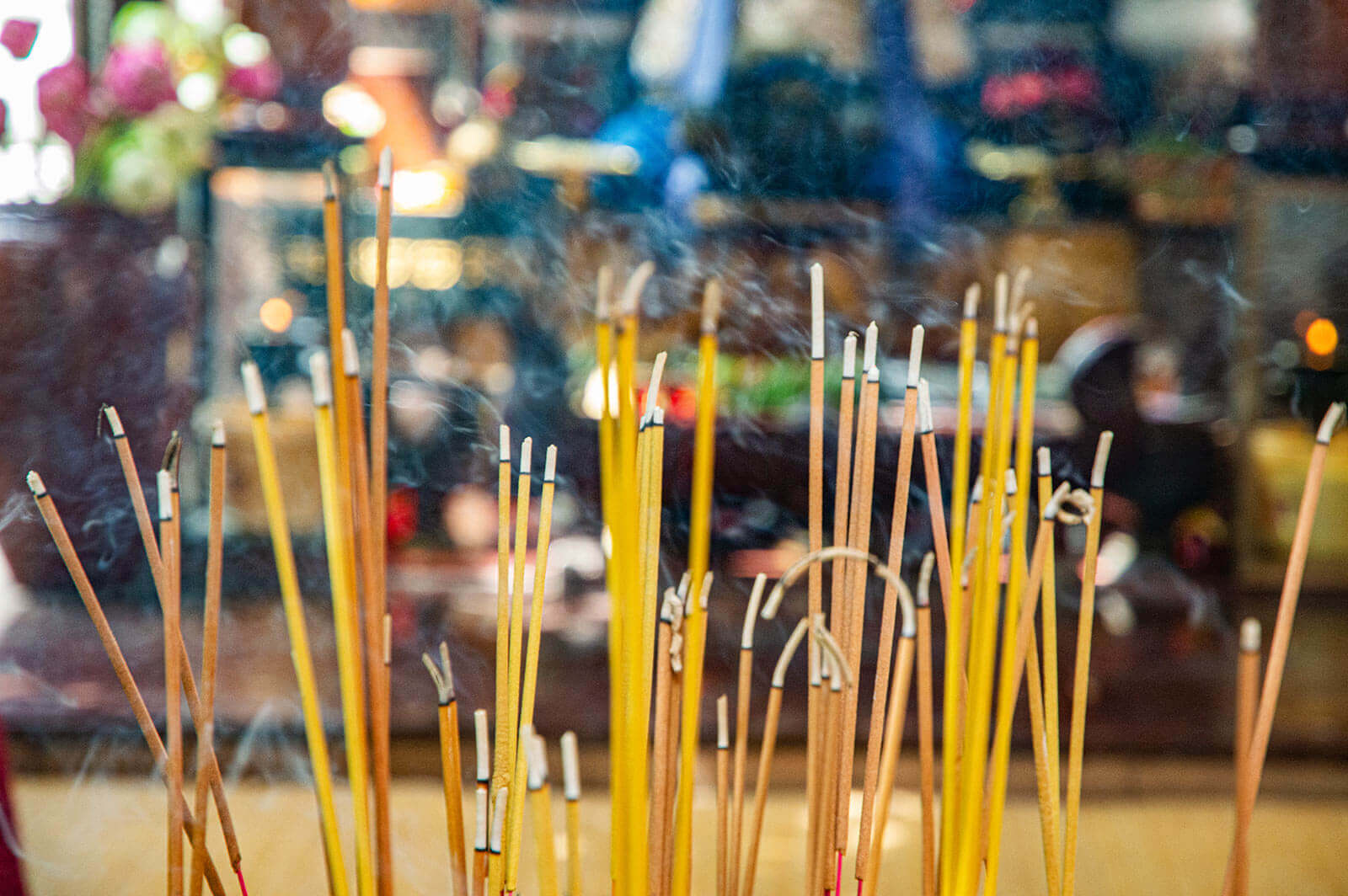 It’s that time again: the Cambodian New Year is just around the corner. Angel Keriny Tevy (The Thursday Angel) arrives on Earth early in the morning of 14 April at 10:00 Cambodian time (05:00 in Germany). She is the fifth daughter of Kabil Moha Prum. The people of Cambodia have prepared and decorated their homes with special gifts to welcome the New Year Angel. The appearance of the angel marks the beginning of Moha Songkran, the first day of the three-day New Year festival in Cambodia.

The characteristics of angel Keriny Tevy
In her right hand she holds a harpoon, and in her left an ankusha. In her hair she wears a pin with the blossoms of the magnolia. Her neck is adorned with a necklace of iridescent emeralds. Keriny Tevy rides an elephant and her favourite food is beans and sesame seeds.

What are the offerings to welcome Keriny Tevy, the 2022 New Year Angel?

The most typical decoration – but it can vary depending on the region and also on the customs in families and communities:

The Year of the Tiger begins

Traditionally, the Cambodian New Year is based on the solar new year and falls on either 13 or 14 April. It marks the end of the harvest before the rainy season begins. Typical of Asian countries, Cambodians also celebrate “our” New Year’s Eve in imitation of Western countries, although it is not actually a public holiday.

“Sus’Dei Chnam Thmei” or “Chaul Chnam Thmey” -> “Welcome to the New Year“. In the last two years it was very quiet due to Corona. But this year there will be real celebrations again. Khmer New Year’s Songkran in Angkor Park will also take place again. Some restaurants are closing because they want to allow employees to go to their families in the countryside during the holidays. Various events, festivities and games take place as part of the New Year celebration. The whole country is on its feet. Khmer families gather and there are water fights in the streets. They go back to blessings according to Buddhist tradition: water. Lots of water.

Here in the video of photographer Mardy Suong you get an insight into the water battles :-D

It is true that the official holidays begin as soon as Angel Keriny Tevy has arrived on earth. But the official programme has already started on 12.04. Various markets – street food, handicrafts, traditional music bands, as well as classical dance performances take place as a continuous programme until 16 April. Other highlights in Siem Reap are:

Highlights in Angkor Park during the 2022 Khmer New Year holidays:

Note: The picture is linked to https://imgbb.com/

My absolute highlight this year is an initiative by the Banteay Srei district administration in Siem Reap province for a plastic-free Khmer New Year. Vendors are encouraged to use lotus and banana leaves for packaging to reduce plastic waste and protect the environment. Read more in the Phnom Penh Post.

Cambodian New Year all over the world

Khmer people living in other countries celebrate their Khmer New Year around the world. May this Year of the Ox be full of happiness, health, success, love and prosperity for everyone in the world, despite the current situation!