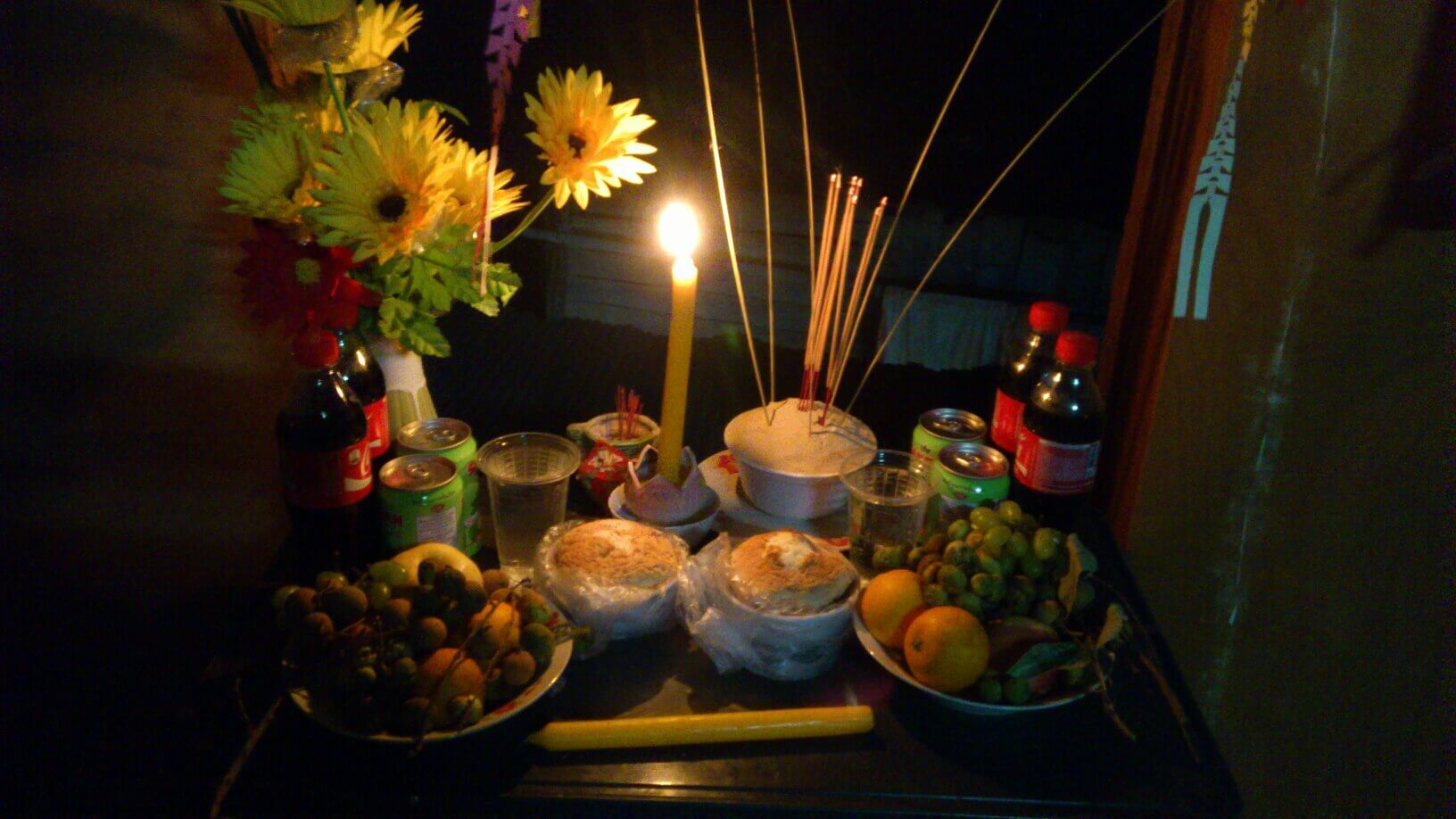 Cambodians today still live by their traditions and beliefs; about heaven, earth and hell, good and bad karma. Those things that you get from the deeds of your past lives. Thus, a life that has many good deeds is important in order to provide for the next life, so that it will be better. Many stories and legends characterize the everyday life of the Khmer, especially on official holidays. A legend tells of the origin of the Khmer New Year, a three-day festival, which always begins on the 13th or 14th April of every year. Whilst our western regions simply welcome in the new year, there are many rites to be fulfilled in Buddhist Cambodia to welcome in the coming year.

Once Upon a time…

… there was a young man named Dhammabal Koma. As the son of a rich father, he had successfully completed his studies of the three Vedas. He could also speak and understand the language of all birds. Dhammabal Koma was famous throughout the country for his knowledge. And so, it came to pass that one day the King of the Gods Kabil Moha Prum learned of the extraordinary cleverness of Dhammabal. This made the King of the Gods very jealous, he decided to descend to Earth and challenge Dhammabal with a riddle. The King was sure that he would win and declared that the loser should lose his head. Dhammabal was certain in his knowledge and agreed to take part.

The riddle of King Kabil Moha Prum consisted of these three questions:

Dhammabal had seven days to solve the riddle. But try as he might, even after six days he had still not worked out the answers. Dhammabal was without hope and in desperation he decided to go deep into the forest and kill himself. After spending many hours going deeper and deeper into the forest, he rested, exhausted, under a large palm tree. But suddenly whilst he was half asleep he noticed a pair of vultures talking to each other. The female vulture asked her husband what they should eat the next day. The male vulture replied that they would have Dhammabal Koma’s flesh for the next day, and for the days that followed that. For Dhammabal will die because he cannot solve the riddle. The female vulture became curious and she asked her husband what the riddle was. Her husband answered her with these three questions:

The answers to the riddle

And then the vulture gave his wife the answers to the questions:

As soon as the vulture had uttered these answers, Dhammabal recovered from his fatigue, and hurried back to the palace. There he waited for the King of the Gods to answer the riddle.

The King of the Gods kept his word, since he had been defeated. But before he was beheaded, he called his seven daughters to him and ordered them to take care of his head. His head could not come into contact with the earth, for it would burn it. Contact with the air would evaporate the rain, and contact with the sea would make all the oceans dry up.

New Year – and every year an angel comes down to earth

After these terrible warnings, Kabil Moha Prum cut off his own head and handed it to Tungsa, his eldest daughter. Tungsa placed her father’s head on a metal plate and took it to Mount Someru. Tungsa and a trillion other angels circled around the Someru mountain before she brought her father’s head to the Kuntheakmali Temple in Heaven. There, the angels created a magic meeting place where they could meet every year at Mount Someru. Each year since that day, on the Cambodian New Year (Sangkran) one of the seven daughters takes the father’s head in a ceremonial circle around Mount Someru to bring happiness and good weather for a good harvest to the earth before returning it to the Kuntheakmali temple in heaven.

In 2017, Angel Kemira Tevi came to the Cambodian New Year. She is the “Friday Angel” and the sixth daughter of the King of the Gods Kabil Moha Prum. In her honor, the Cambodians will provide an offering of mainly bananas, these are the favorite dish of Kemira Tevi. Already with weeks to go, there is a bustle of activity and preparations for the great New Year’s festival. Everything must be polished and shining, to give the angel a proper reception.