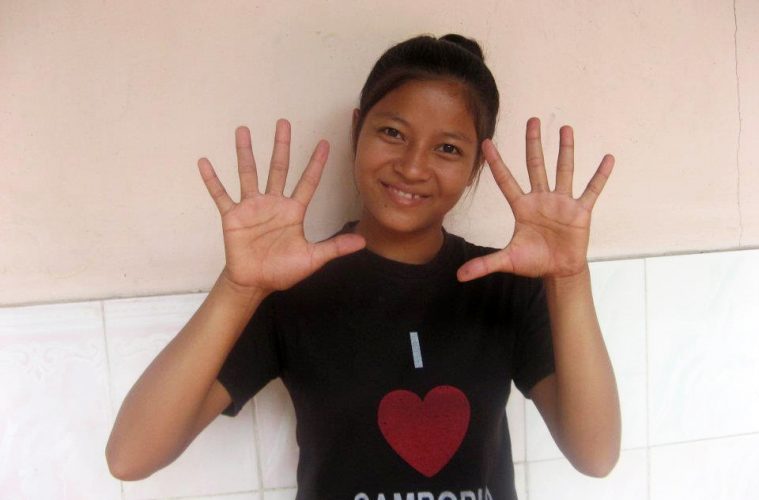 The numbers one through ten in Khmer Language

In Khmer language only the numbers one through five have their own terms. Number 6 til nine is counted as five-one, 7 is called five-two and so on, means five-three for numer 8 and five-four for number 9. This kind of counting is visible through the whole number system in this for us strange-sounding language. In the range of thousand it’s getting really interesting. Take the number 1867, you need to say one-thousand – five-three hundred – sixty – five-two.

So listen to the numbers 1 to 10 in Khmer

Listen to the numbers from zero to ten. Spoken by Seiyon, Ly Heng and Kunthea

There are even colloquial Khmer counting

like 11 to 19. Instead of using the one behind the ten, it is placed at the beginning and adds dandab behind. So instead of dob-moy for 11 it is moy-dandab and pii-dandab for 12, etc. Anyone who can count like this, will not be considered as a pure tourist and people will be impressed instead.

See also: Greeting and a little conversation in Khmer language 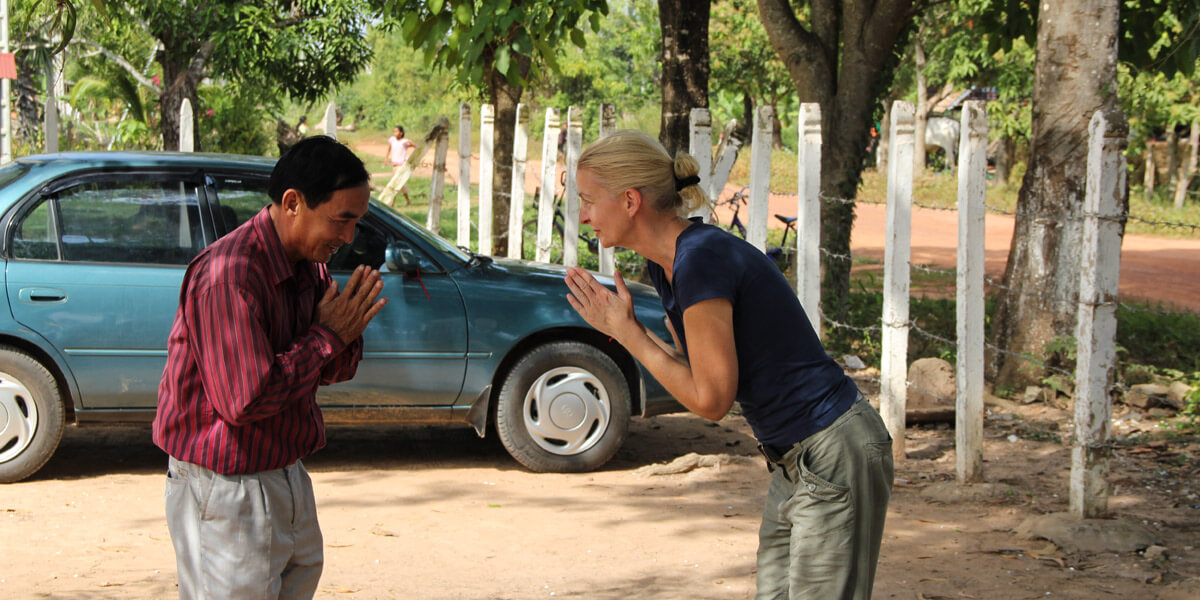 Listen how to spell “Hello”, “How are you”, “What’s your name”, “Goodbye” and further more in Khmer Language here on Visit Angkor.

Bring me there!
Hotel Finder