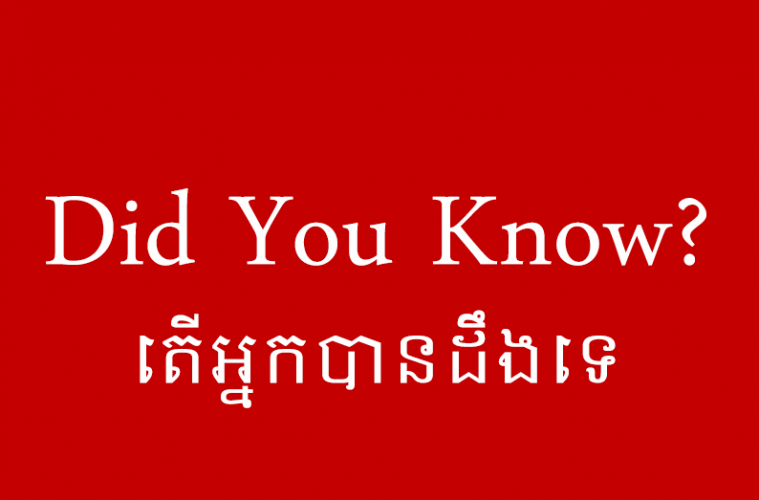 3. Cambodia – Did You Know? – Independence Monument

Cambodians or tourists are always impressed by Independence Monument – one of the country’s most famous buildings.  Today’s question:

“Who built the Independence Monument and why?”

In 1953 Cambodia gained its independence from its colonial rulers, France. The move to Cambodia’s freedom was led by King Norodom Sihanouk. But in 1955 he abdicated the throne in favor of his father and became “Prince Sihanouk”. For the next 5 years, the Prince encouraged Khmer architects to design buildings in a unique and authentic style, combining both: Cambodia’s ancient culture and modernity.

Once the idea for a monument to mark Cambodia’s independence was given to the go-ahead the Prince turned to designer Vann Molyvann.  Born in Kampot in 1926, Vann Molyvann won a scholarship to train in France. He returned in 1956, the first fully-qualified Cambodian architect. Prince Sihanouk made him the Head of Public Works and State Architect.

The Independence Monument, built in 1958, was one of Vann Molyvann’s first big successes. It is a stupa in the shape of a lotus. Fifty years later it is the center of official activity during national celebrations. Ceremonial flames are lit inside the Monument by Royal or high state representatives. Thousands of Cambodia flowers lining the stairs enhance the beauty of Vann Molyvann’s design.

His work extends to other magnificent Phnom Penh buildings such as the Chaktomuk Conference Hall and the Olympic Stadium. Did you know he is now living quietly in the center of Phnom Penh? So when you next drive past the Monument, give Vann Molyvanna a thought.