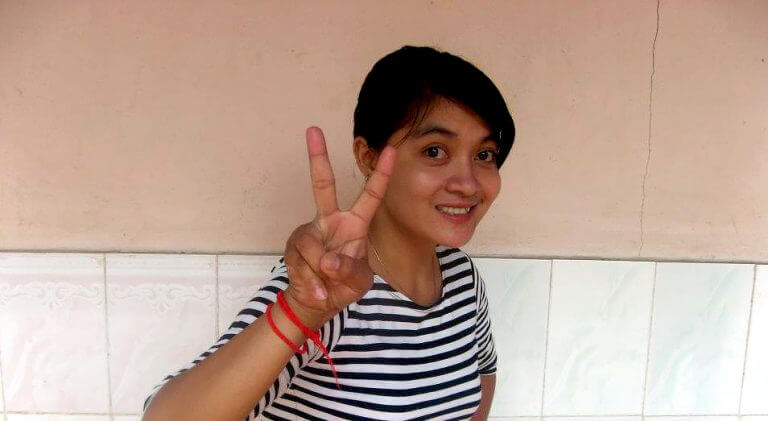 Most people who´ve visited Phnom Penh, have passed this eye-catching sculpture near the Japanese Bridge.  Today’s questions: “What does it mean and how did it get there?”

Called “The Twisted Gun”, it has a clear non-violent message. The barrel is tied up in a big knot – so, obviously, the weapon couldn’t possibly be used. With Cambodia’s violent past, this is a powerful symbol of a peaceful country and peaceful future for its people. This sculpture was made from thousands of guns that had been melted down. Hundreds of them were old Khmer Rouge weapons. Hundreds more came from people voluntarily handing in their illegal guns. They happended after an appeal from the Prime Minister and City Governor who had the “knotted gun” idea in 1997 when the civil war was finally over. The sculpture was opened to the public in May 1998.

Twisted Guns exist in many other countries

Did you know there are other “knotted” guns in many other countries? The first one was created by a Swedish designer, Carl Fredik Reuterswärd. He was shocked when his friend, world-famous singer, Beatle – John Lennon – was shot dead in America in 1980. A full-size version was given by Luxembourg to the United Nations in 1988. It’s now one of the most photographed objects in New York City. Other countries with their own knotted guns are Sweden which has three, France with two, Rwanda and Denmark. So next time your’re near the Japanese Bridge, why not stop off for a few minutes? Look more closely at the very own knotted gun in Phnom Penh and think about how YOU can help to create a more peaceful world!