The Changing Role of Women in Cambodian Society

Only a few years ago it was still customary to hear the expression in Cambodia that “women belong near the kitchen stove”. Nowadays, through intercultural dialogue and globalization, especially among the younger generation, things have changed.

“Women belong near the kitchen stove” is an old Cambodian proverb. Nevertheless, over time, this mode of thinking has changed in modern Cambodian society. For centuries, the role of women was singularly defined. Only in the past 10 years has there been a careful and slow change.  Tradition says that women are responsible for looking after the house, for cooking and for bringing up the children. Apart from these, no other task was permitted. Sounds like a typical male chauvinistic society, right? However, it is interesting to note that for centuries that was the way that society operated. For instance, in the beginning schools were available only for boys, not girls.

A couple of years ago, it was usual in Cambodia to say:

“All what women do is moving around the stoves.”

In the past, schools were not available for girls in Cambodia.

The reason? Only men had a say and thought that schooling was not important for girls who would anyhow get married and then become housewife. To learn something else would be just a waste of time, they thought. No girl could therefore study something, and even if she did occasionally, she was not able to apply her knowledge because her job after marriage was confined to the kitchen stove. Others thought that, if both boys and girls were to go to school together, the boys would be distracted from learning by the beauty of the girls and would then think about love and marriage rather than knowledge and this would not be good for society. 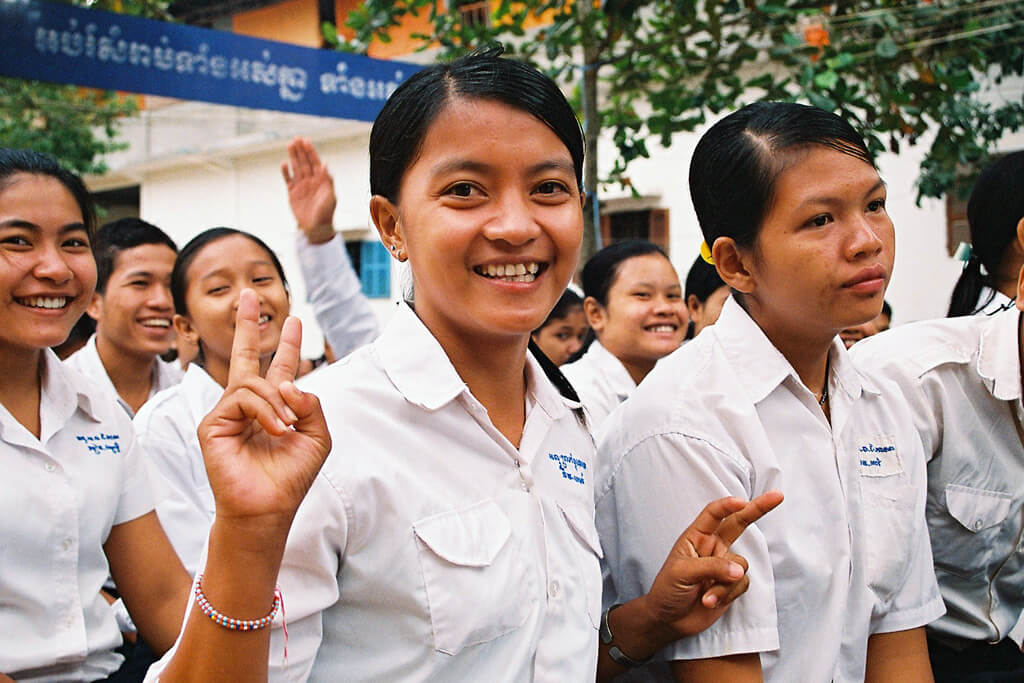 Luckily, this time is now behind us. In modern, technological society and its new thinking, both boys and girls go to school. Men and women have nowadays the same rights and freedoms, and also their labour has the same value. Unfortunately, this modern concept is not yet accepted in all parts of the country, particularly in rural areas where old traditions still prevail. Here you find that “women still belong near the kitchen stove”.

Old traditions still play an important role in Cambodia, especially in the realm of religion.

For instance, women are not allowed to touch many sacred items. They believe that if a woman touches certain items, something bad or unusual will happen.

It’s one reason why girls are often compared to a ball of wool, while boys are compared to a diamond. The background to this comparison points to the fact that a diamond is much easier to clean than a ball of wool when they both fall into the dirt. It means that, if a woman does not live up to expectations it is normal, just like the dirt on a ball of wool, whereas a man, like a diamond, can be cleaned and will look like new again, in other words, everything is forgotten.

A few other Interesting Observations:

Loading...
We use cookies to ensure that we give you the best experience on our website. If you continue to use this site we will assume that you are happy with it.Ok