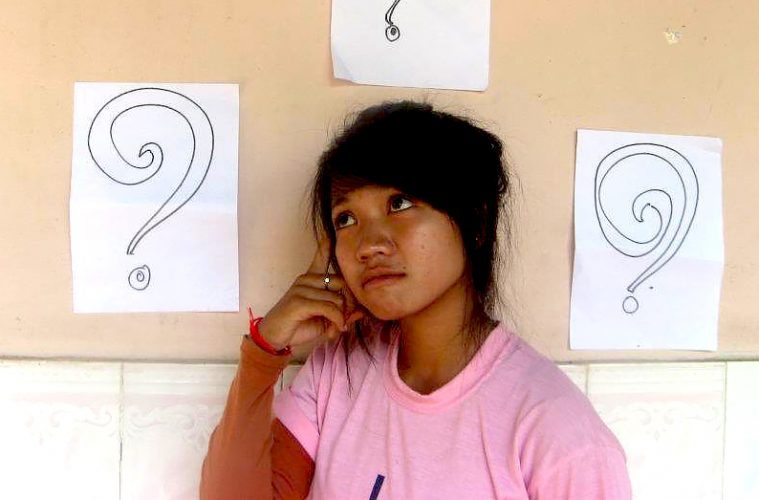 There can´t be a single person in Cambodia, who doesn´t know that the capital is called Phnom Penh. Today´s question: “What’s the connection between Lady Daun Penh and Phnom Penh?”

According to legend, six hundred years ago a wealthy widow lived near a village on the Mekong river. Flooding then, as now, was common. One day a tree trunk which had floated down from upstream got stuck on a bend of the river near her house.  Curious, she looked at it closely. Imagine her surprise when she saw that inside the hollow trunk were five statues, four bronze and one stone, of the Buddha.

She believed this was a sign that the Buddha wanted a new home.  So she built him a temple on Wat Phnom, a place that eventual led to the growth of the capital city, Phnom Penh. It happened like this Daun Penh’s temple gradually became famous and began to be visited by pilgrims.

In around the year 1430, after a Siamese army invaded Cambodia, King Pohea Yeat ordered the old capital city, Angkor Thom, to be moved to a more secure area near Wat Phnom. And over the centuries the new city grew and grew! A beautiful statue of Daun Penh now faces the hill on which her temple  stood. The original temple has, of course, been rebuilt and expanded many times since then. Daun Penh’s statue reminds all Cambodians of their ancient matriarch who found the floating tree trunk and the five Buddha statues. Her discovery led to the creation of their flourishing capital city.

So when you next travel round Wat Phnom and past Daun Penh’s statue, why not stop for five minutes and take a closer look at her?

Meak Bochea: Memorial day to the last speech of Buddha